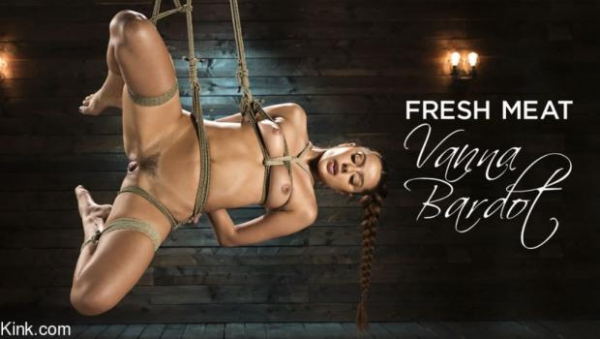 Vanna Bardot has always fantasized about being restrained and tormented, so when she made that request to The Pope, he jumped at the opportunity. Vanna is smoking hot, and more than willing to go the distance, as long as he is there to take her on the journey. She begins completely naked with a ball gag in her mouth. She stands on two cinder blocks to bring her up to The Pope’s size. Vanna wants this so bad, and has waited for so long that she is ready to explode as he enters with his flogger and begins to issue some corporal punishment...